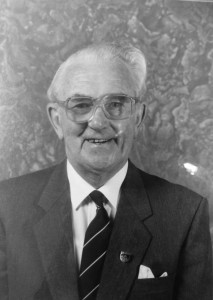 Dennis was the General Secretary for Youth Cymru from 1953 to 1987 (previously known as the Welsh Association of Youth Clubs, until 2003)

He still played a role within Youth Cymru until 2013, by donating his time in running the book appeal.

Dennis was a well-loved member of staff who put a lot of love and passion into his work. He will be sorely missed by everyone.

We thank Dennis for all his years as our General Secretary and all of the time he gave to this charity and to the young people.

We send our condolences to his wife and family