The History of Youth Cymru

The Welsh Association of Youth Clubs was one of the major voluntary youth organisations in Wales. 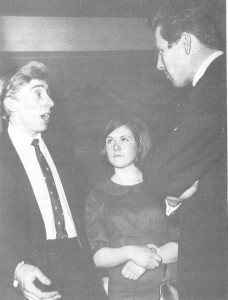 Roger Kingdom (Chairman) and Ann-Calvin-Thomas (Secretary) of the South Wales Members’ Council in conversation with the President, Lord Snowdon.

Commencing as a girls’ club, organisation, it owes is existence to the initiative of voluntary leaders who formed a number of independent local federations with the object of seeking mutual support.

The Ocean National Colliery Company played a leading role in forming boys’ clubs and girls’ clubs in the Rhondda, Garw and Monmouthshire Valleys, collectively comprising the Ocean National Federation. But elsewhere too, particularly in the “non-special areas,” it was the clubs themselves which formed their own federations with a view to seeking co-operation, discussing common problems, exchanging ideas, arranging, inter-clubs visits and providing services to their mutual advantage.

Two years after the formation of the Cardiff Federation, a meeting was convened by the National Council of Girls’ Clubs. This was held on the 25th of January 1936, at 33 Park Place, Cardiff, mainly as the result of a grant received from the Jubilee Trust by the National Council of Girls’ Clubs for work in the ‘special areas’. Representatives of federations and settlements were invited to attend this important meeting to consider the formation of a South Wales Association of Girls’ Clubs.

In addition to representatives from the federations, a number of other girls’ organisations were present at this historic meeting, but the records do not indicate whether they attended in order to secure membership, or merely to support.

1964-Merger of the three constituent bodies

The birth of this new organisation was not an easy one, and the Celtic trait of being concerned for local identity emerged, when the representative of the Pontypool Settlement stated that she was not in favour of forming a South Wales body, as her organisation, was perfectly capable of co-ordinating the work of local cubs.

In reply, the chairman pointed out that an Association would provide clubs with more scope for development, and prevent settlements from adopting a small minded attitude!

Originally, the major source of income was a proportion of the annual grant received by the National Council of Girls’ Clubs from the Jubilee Trust for work in the ‘special areas’ to be replaced later by a similar arrangement for the disposal of HQ grant received from the Ministry of Education. This initial financial support, apart from a small sum retained for administration, which was passed on to individual girls’ clubs.

In 1954, Mr Edward (‘Ted’) Higgins, brought a new dimension to club work in the form of a ‘Summer School’ which he organised for club members and their families. For the next eighteen years, the Harlech Summer School became the focal point for all activities.

A feature of The Harlech Summer Schools in 1958 and 1959 was the production of what quickly became known as “The Chronicles”.

Composed daily in Biblical language by Islwyn Jones and Owen Picton, their production was eagerly anticipated, as were the evening “readings” in the great hall. 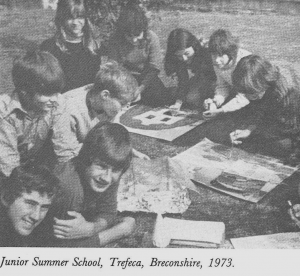 In 1972, it was noticed with some concern, that an increasing number of young people under fourteen years of age were now attending affiliated clubs, and in an endeavour to provide for this age group, the first Junior Summer School was planned and directed by Mr. Peter John, West Wales Regional Officer at Coleg Trefeca, Breconshire, when forty junior members thoroughly enjoyed a week’s programme of arts and crafts, music, drama and pony trekking.

In 1973, the second summer school was held at the same venue. The high sprits and the infectious enthusiasm of the youngsters was not only shared during this memorable week, but taken back to their own clubs, and it was noticeable that the clubs involved reflected this influence in their programme of activities. 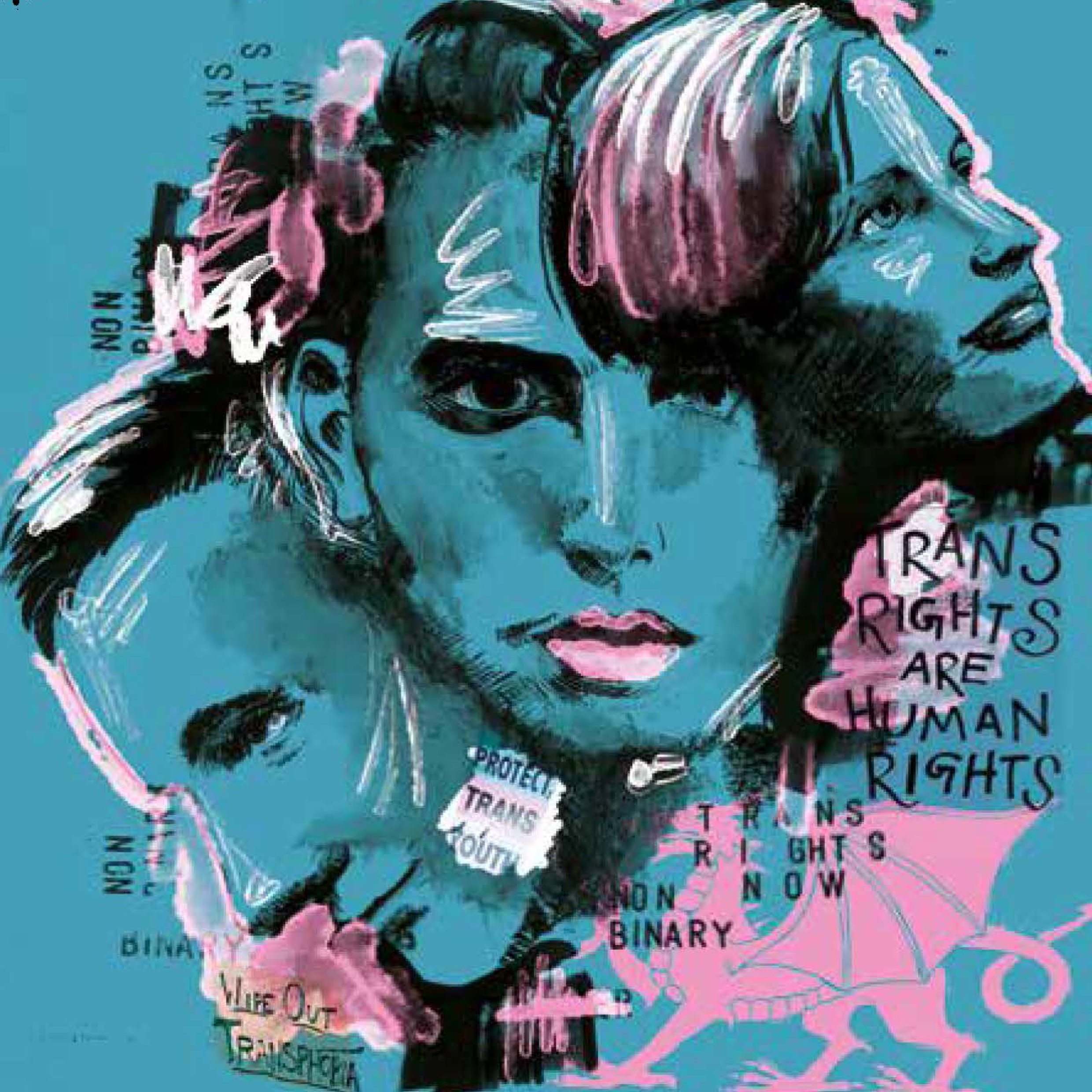 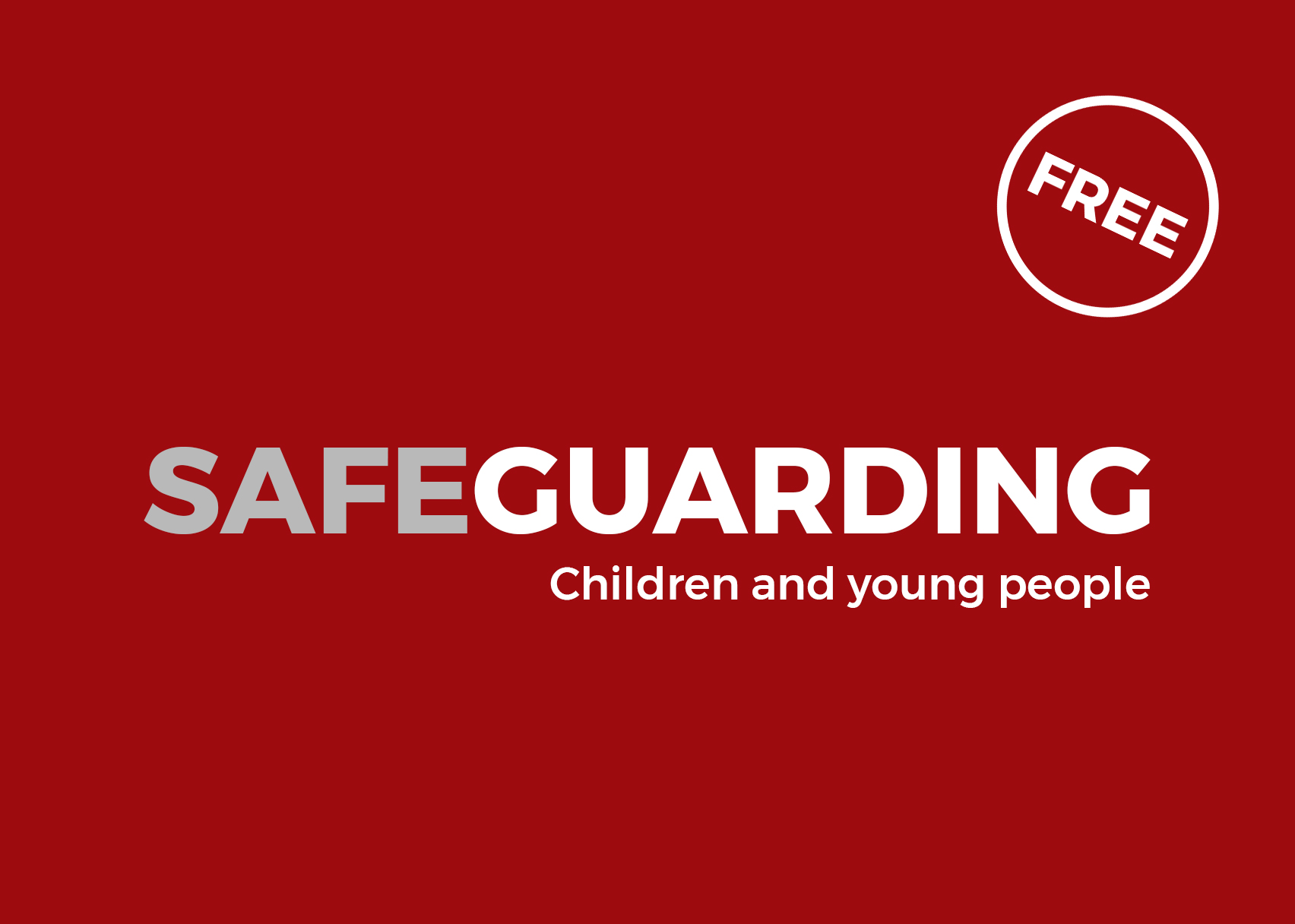 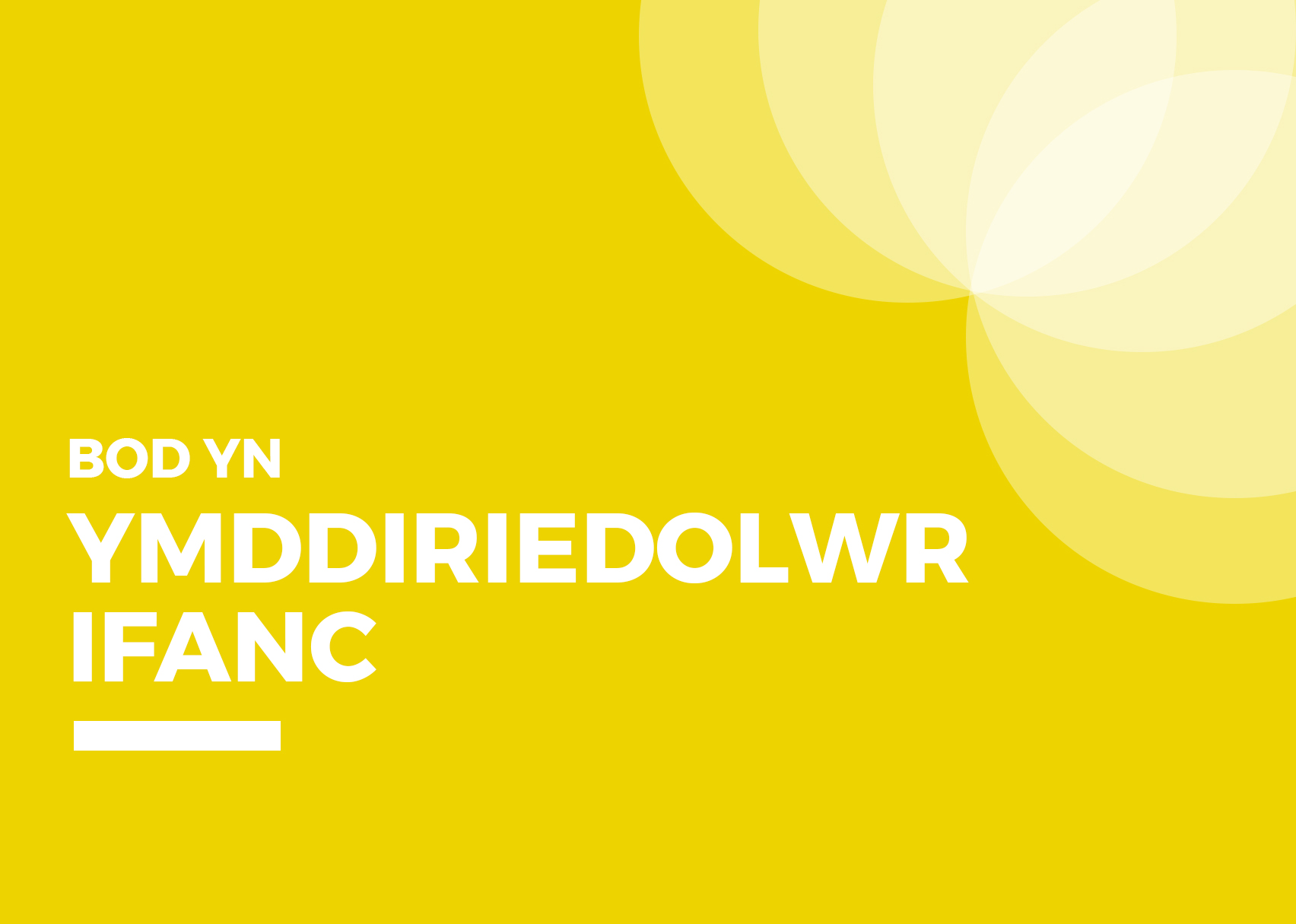 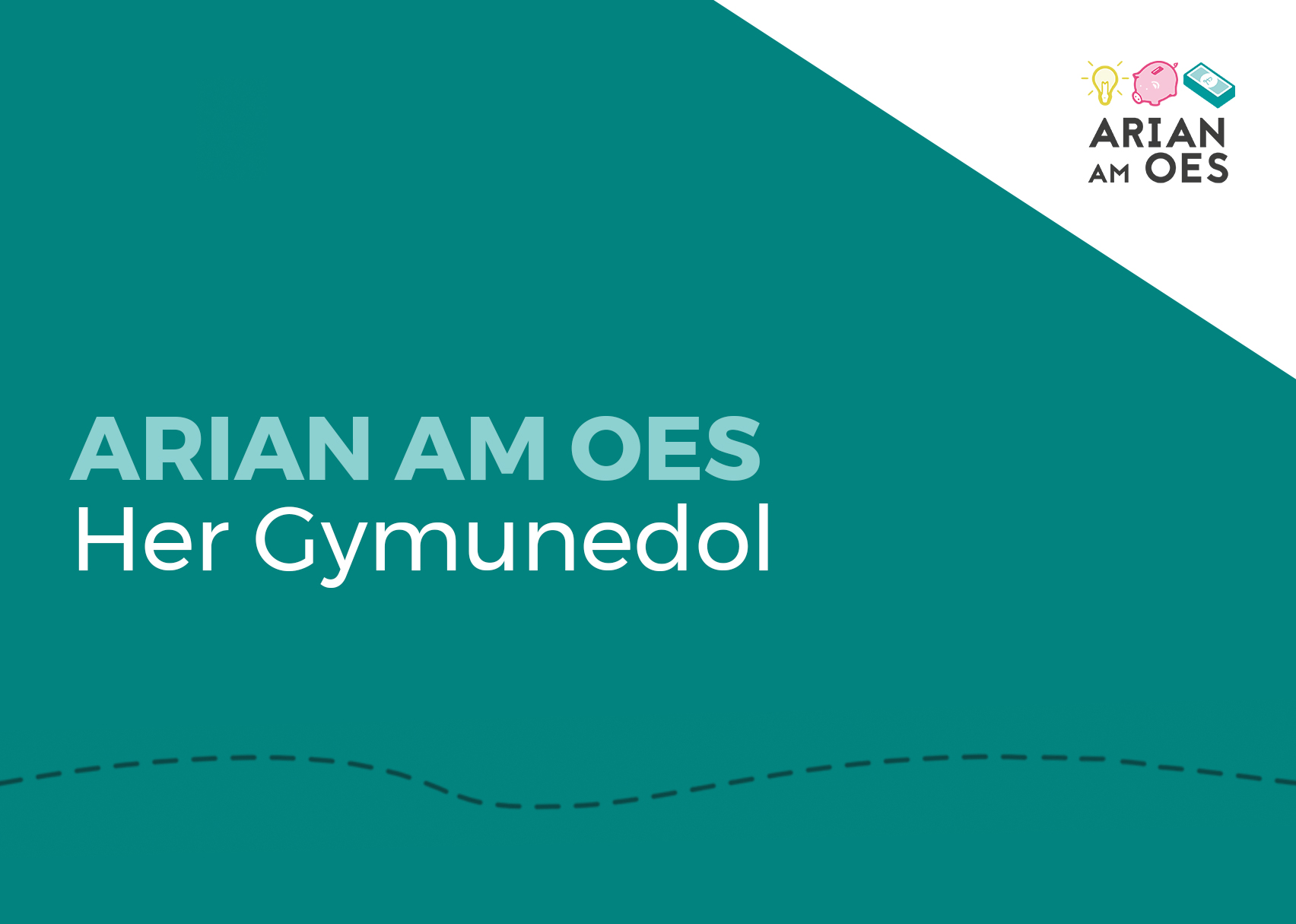 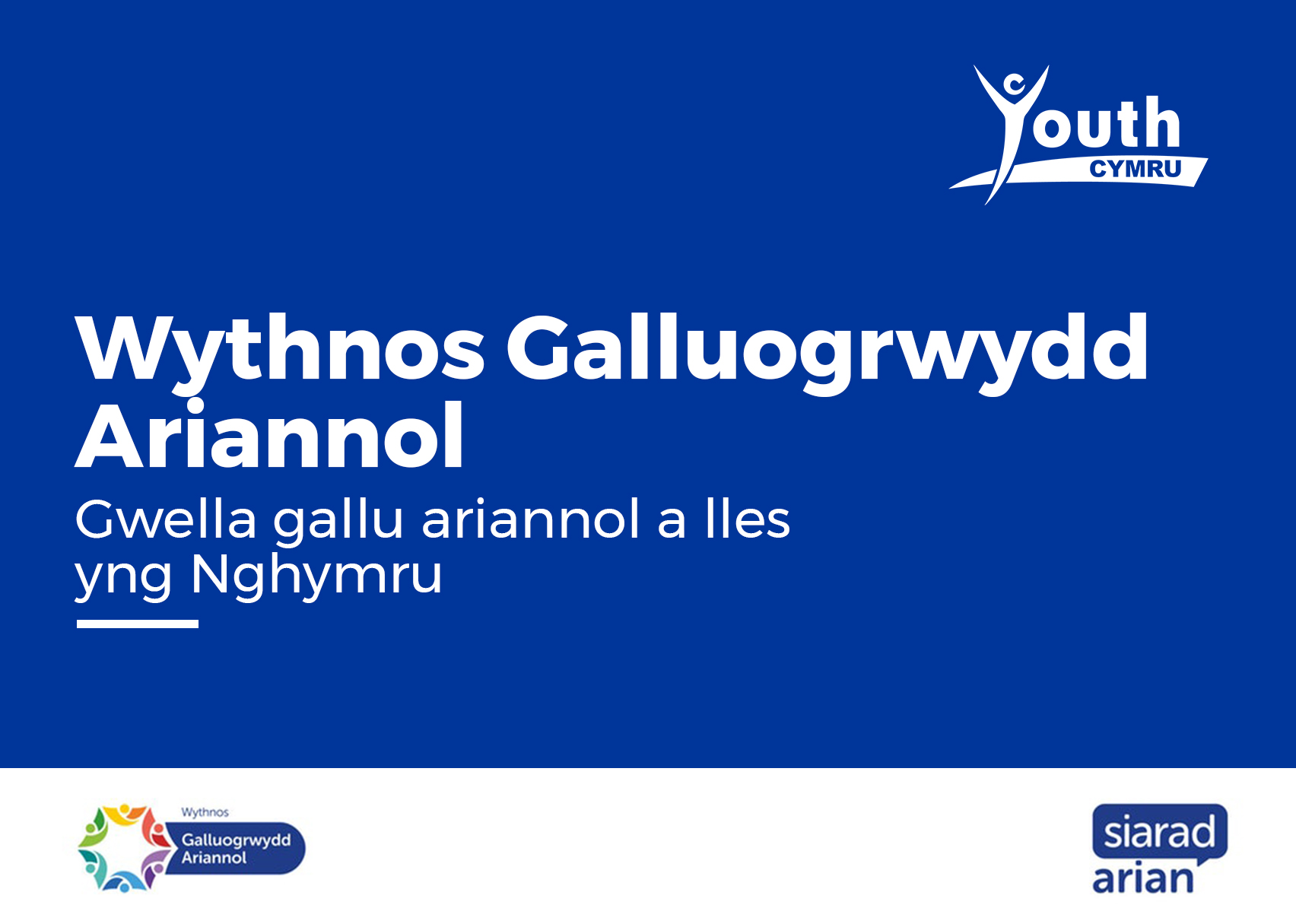 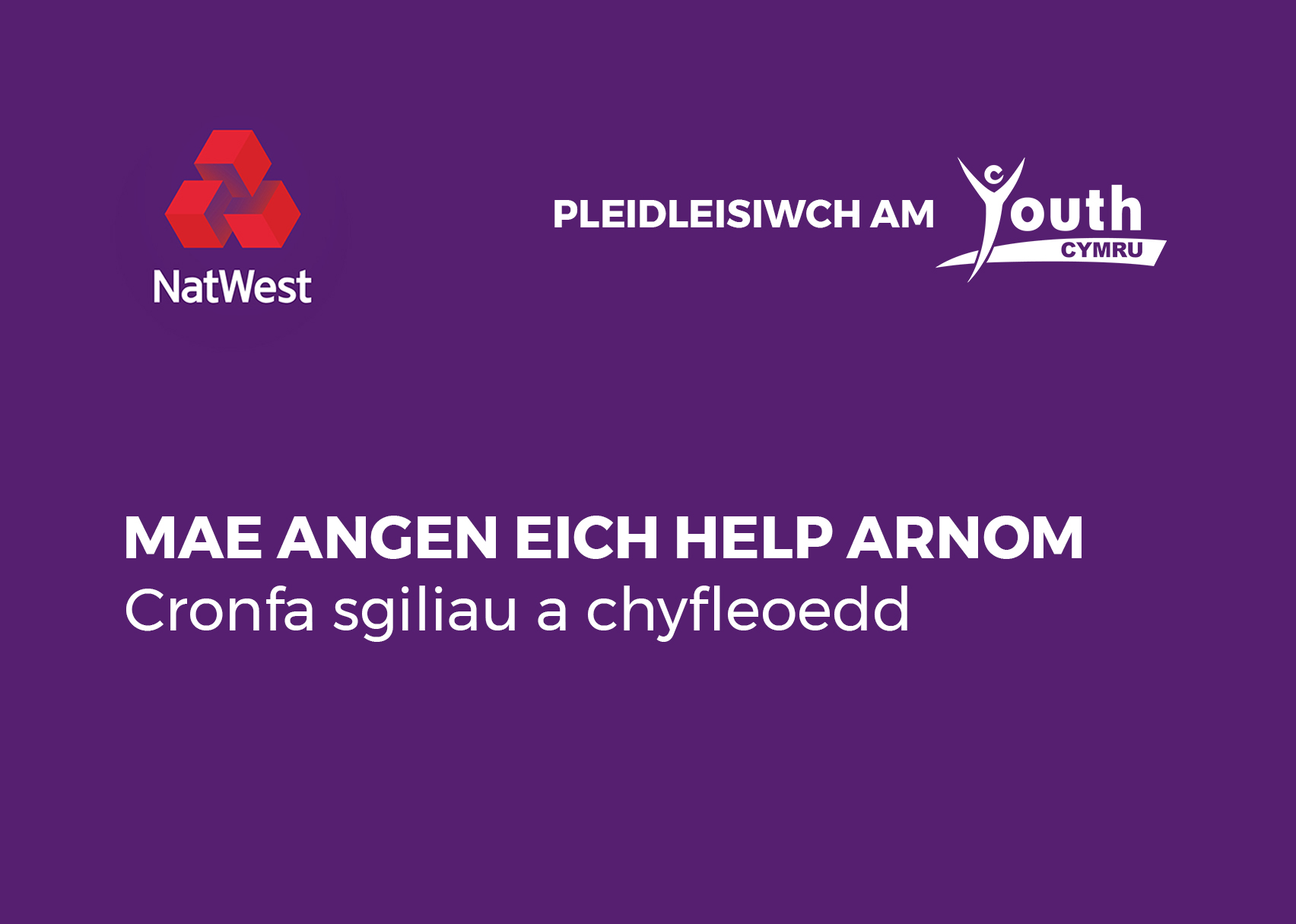